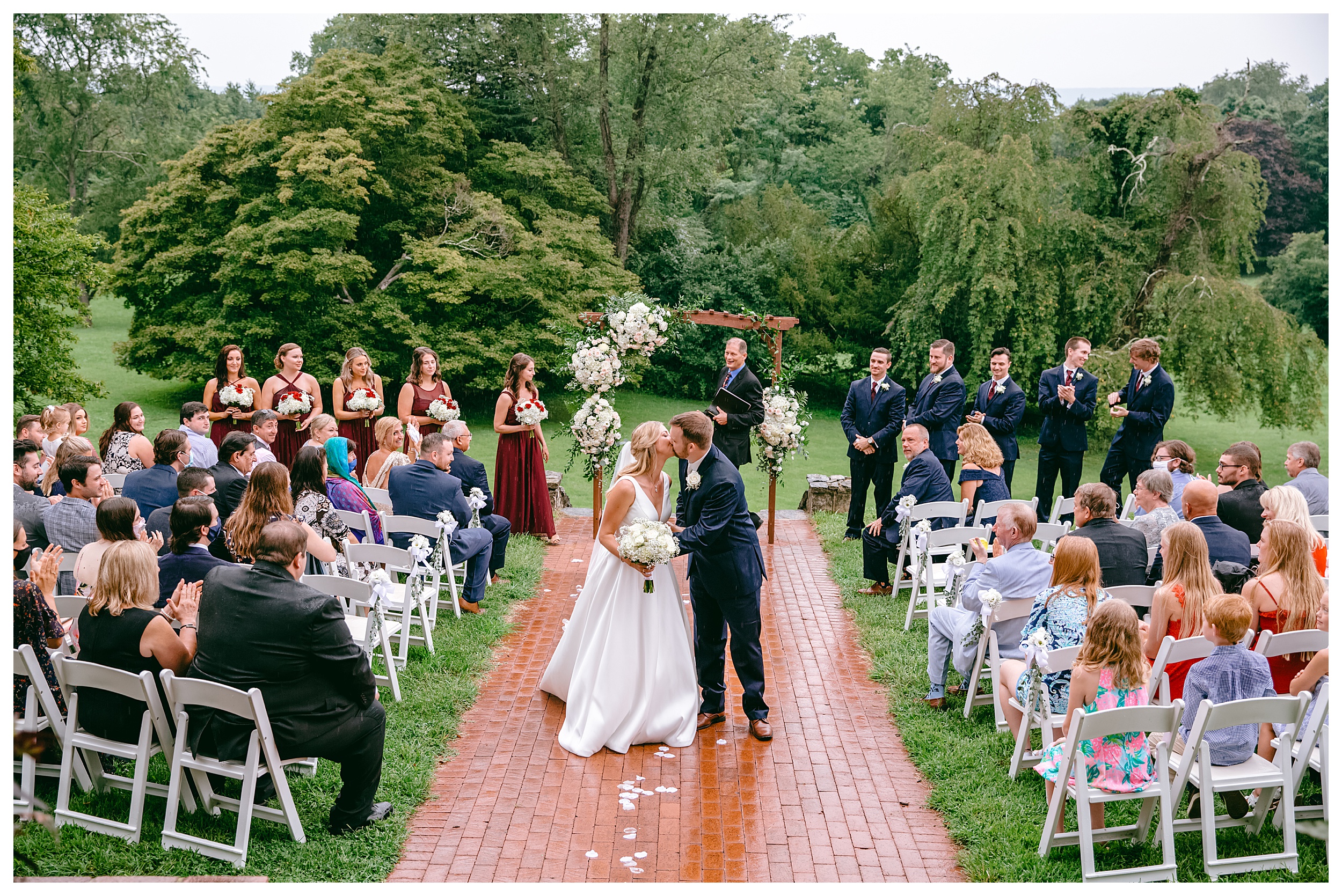 Kaylyn Rossi is a Civil Engineer from Pottstown, PA and Russell Forte is a CPM Scheduler from Ellicott City, MD.

Kaylyn and Russell met through Baltimore Flag Football and mutual friends in the summer of 2015. Kaylyn’s first impression of Russell was cute, genuine, and funny. Russell’s first impression of Kaylyn was smart, funny, and beautiful. Their first date was to Shoyou Sushi in Baltimore. Russ brought a bottle of wine and they ordered a few sushi rolls. Kaylyn hadn’t gone out for sushi before and it was funny because, she says, “I could barely use the chopsticks”. They’ve since celebrated every anniversary by going there for dinner, even when they moved to Charlotte. Kaylyn jokes, “I’m much better at using chopsticks now!”

Kaylyn and Russell were engaged at the top of a familiar ski mountain in the Poconos, PA. Kaylyn’s family enjoys going on local \ ski trips, so they ventured up for a day of skiing and free concerts on the mountain. After the concert ended and it was just the two of them, Russ took Kaylyn out to a private area on the slope and proposed. The following day his family drove up from Maryland to enjoy a joint family dinner and engagement celebration. Kaylyn and Russell dated for 3 years before getting engaged.

Kaylyn and Russell have been dating since 2015 in DC, Baltimore, and now Charlotte. They’ve lived together since 2016, have purchased a house together, moved together, renovated a new house together, own a dog together, share values and their dreams together. They are mostly excited to be officially be joined together and to plan the next stages of our lives together. They were engaged for 1 year and 7 months, from January 2019 until August 2020, before getting married.

Kaylyn’s favorite wedding details were the floral arrangements on her bouquet and decorating arbor, desserts at the reception, and wedding favors for their guests with their favorite coffee from a local Baltimore business.

Russell’s favorite wedding details were burying the bourbon tradition and their table arrangements with photographs of them on the backsides.

Their honeymoon to Hawaii was postponed to 2021, but they had a mini moon in September at Glacier National Park and Yellowstone.

View
Follow
This error message is only visible to WordPress admins