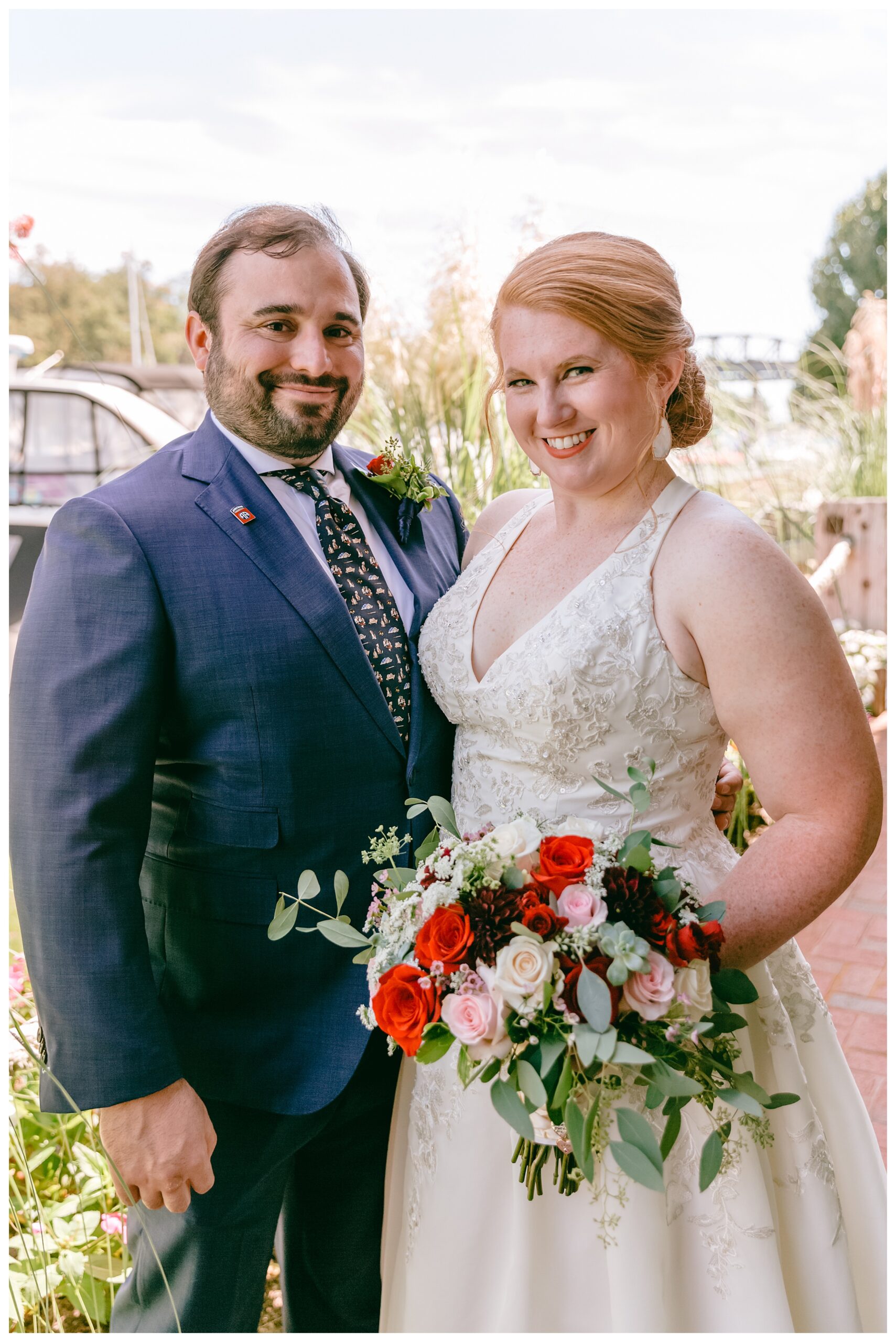 Kaitlin and Phillip met in 2014 in North Carolina. Phillip was in the Army and living in the Fayetteville area, but frequently escaped to Raleigh, where Kaitlin was living at the time.

Kaitlin and Phillip met at The Oxford, a (now closed) gastropub in downtown Raleigh, North Carolina on October 18, 2014. Tennessee played Ole Miss that night and Phillip experienced college football season through Kaitlin’s eyes for the first time. They stayed out past the end of the game, had great conversation and truly enjoyed each other’s company. The two had such a great time, they made plans and met up for breakfast the next morning.

Kaitlin and Phillip met in late 2014 but due to distance and a deployment, the relationship became serious closer to the end of 2016. They were engaged about a year and a half later. Kaitlin and Phillip took Smokey, their beagle and fur-child, to Pups at the Park with a group of other local beagle parents. Before the baseball game, they were allowed to walk their dogs around the track. As they were about to exit the field, Kaitlin looked back to get one final view of the stadium and saw Phillip down on one knee. She said yes and they were engaged at Nationals Park on June 23, 2018.

They planned to have 2 years between engagement and wedding for extra time to plan. Then in 2019 they decided to convert expensive, monthly rental payments into mortgage payments. They bought a house together, but before closing September 20, 2019, they had a marriage ceremony a few blocks from the DC Superior Courthouse. They kept the private ceremony a secret and planned to have a big wedding on September 5, 2020. Then COVID-19 changed their plans even further, but they were happy to have family and very close friends with them on the day they celebrated their marriage.

Kaitlin wore a charm bracelet that was gifted to her from her paternal grandfather; it was her “something old” for the wedding day. Kaitlin recalls, “He was my biggest cheerleader, and would be so proud of where I am today. I pinned the bracelet to my bouquet so that he would be with me throughout the day”.

Phillip’s favorite wedding detail was the memory table at the entrance that served as a tribute to his late father.

They are excited to be married because it solidifies the bond they have and will continue to show the support they have for each other for the rest of their lives.

For their honeymoon and official one year anniversary, they spent a week at their favorite mountain cabin in Blowing Rock, North Carolina. Kaitlin went to college at Appalachian State, and the High Country holds a special place in her heart.Phillip is an avid fly-fisherman, so he took advantage of the many rivers and they spent a lot of time together hiking and relaxing.

Kaitlin is an Attorney Advisor at U.S. Dept. of Homeland Security from Durham, North Carolina and Phillip is a Program Support Specialist at the U.S. Dept. of State from Cleveland, OH.