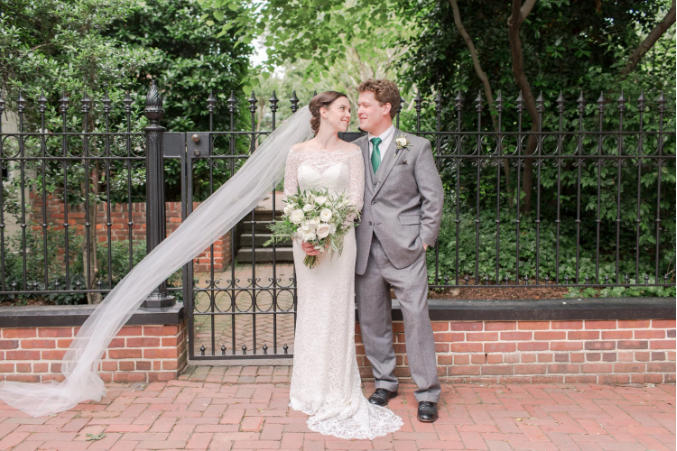 “Kelsey Rupp, a USA Today opinion editor from North Carolina, and Jordan Bloom, an urban planning and American studies graduate student from Arlington, met at the party of a mutual friend in DC in the summer of 2014. Kelsey, who’d just moved here for a job at The Hill newspaper, actually met Jordan’s roommate (and later, best man) first. But once said roommate realized the two had a shared interest in journalism…” Read more about Kelsey & Jordan on Washingtonian Weddings.